A Grimm Conclusion By: Adam Gidwitz (A Tale of Dark and Grimm #3)

In this amazing conclusion to A Tale of Dark and Grimm read with anticipation as Jorinda and Joringel form their own story. This story introduces new landscapes and revisits old ones, with an uniquely self aware perspective. As well as being as ridiculous as the rest of this series.

This installment includes elements of the Grimm stories of Rumpelstiltskin, The Juniper Tree and Cinderella, with hysterical twists and turns along the way. 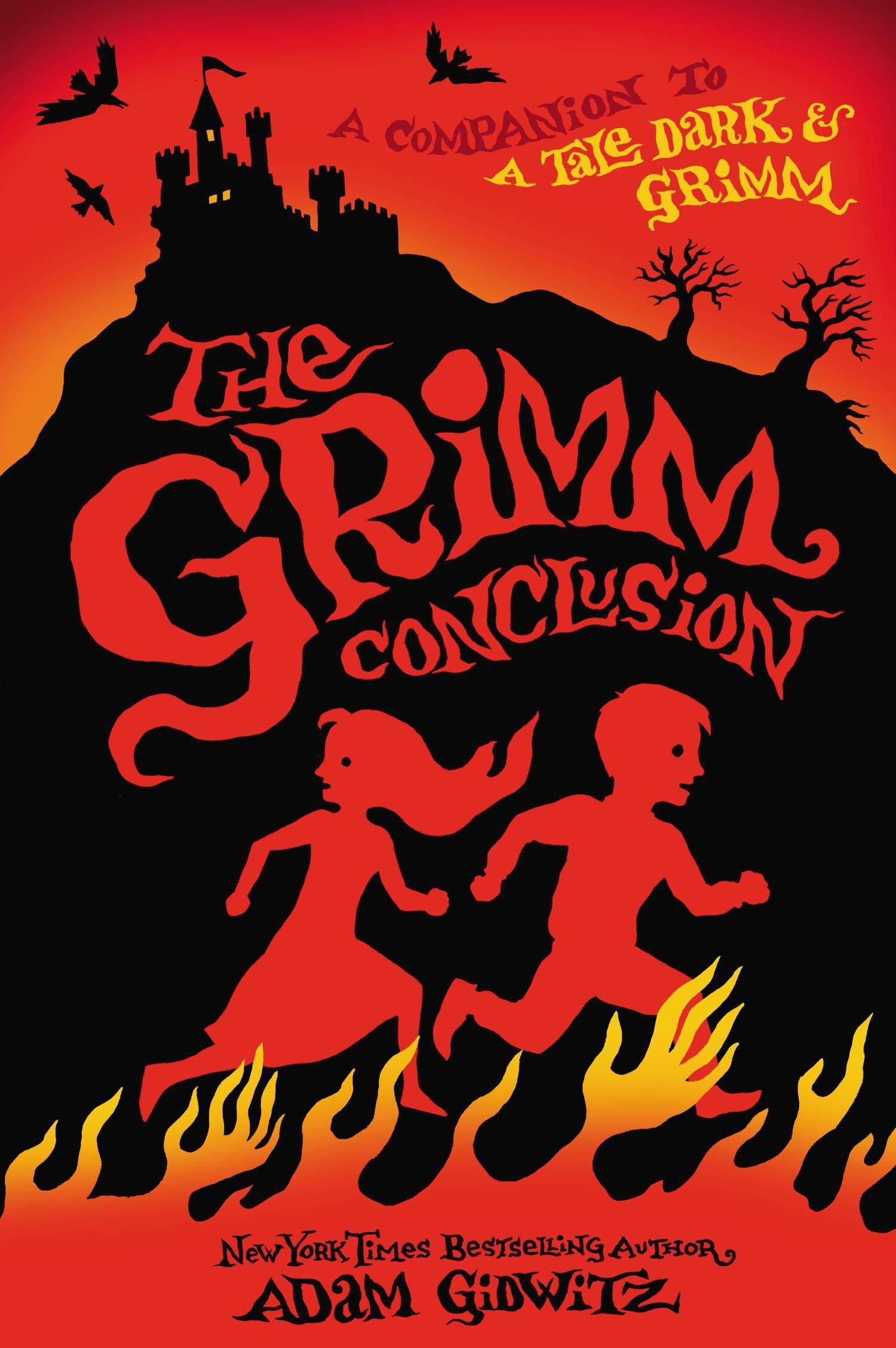 I give this book five stars (out of five). It’s so good, I don’t even know where to start. This story follows Jorinda and Joringel in yet another wonderfully crazy mash up of various fairy tales and folklore. Including fascinating takes on the classic stories of The Juniper Tree, Cinderella, and Rumpelstiltskin.

Again since this is the final book in a series I’m just going to talk about some of my favourite parts of the book, instead of summarizing the entire plot. These next few paragraphs will include spoilers so please skip to the three paragraphs to avoid those.

First off, the main character’s names are Jorinda and Joringel and I loved the fact that the author is literally a character in the book. And the main characters actually read the first and second book in the series in this book, it’s very, very meta.

At one point Jorinda and Joringel go to a place called Marchenwald (Land of stories) and there they meet the author and he reads them the first two books, he tells them about Hansel and Gretel and Jack and Jill. And (the author is a teacher, by the way so this makes a bit more sense) he includes characters based on real students in his second grade class and writes about the many weird, awesome things kids do when they’re bored. My personal favourite is Jeff, who will forever be gluing cotton balls to his face.

Part way through Jorinda dies and goes to Hell, so Joringel goes to Hell and meets the Devil (exactly like what happened seven generations earlier, in the first book). But instead of tricking the Devil like Hansel did, Jorinda and Joringel told the devil and his grandmother their story. The Devil was so moved he ended up letting both of them go.

And finally the Kingdom of Children, when all the adults in the kingdom of Grimm turn on their kids Jorinda, Joringel and their mother free all the children (between ages 4-16) and make their own kingdom. They build their own kingdom in the woods, but on the 21st day they are attacked by the entire army of the adults from Grimm. And they win, which is very awesome especially as a kid reading this.

After the story is over the author also has a section called “Where these stories come from” in which he breaks down every chapter and what they’re based on or of their original ideas. He also includes a great explanation of why he writes dark fairy tales which I find so amazingly, awesome I’m going to quote here;

“Most fairy tales have roughly the same structure. A hero faces a problem at home-she’s poor, he’s the neglected youngest son, their parents are trying to murder them, etc. The hero leaves home and ventures into a strange world-often a forest. In the forest, the hero faces dangers and difficulties-weird, frightening and grimm-and ultimately overcomes them. Finally, the hero returns home, stronger, richer and wiser. Being the reader of a dark fairy tale is much like being the hero of one. Our lives are filled with pain, boredom and fear. We want to venture into the dark wood, to see the oddities and the beauties it holds, and to test ourselves against them. So we pick up a book of fairy tales. The real ones. The weird ones. The dark ones. We test our courage and our understanding. Finally, we put the book down and return to our lives. And hopefully, just like the hero of a fairy tale, we return stronger, richer and wiser. In difficult times -of recession and violence and political bitterness- we long for a dark forest to which we can escape; and from which we can return, better than we were before.”

I absolutely loved this entire series, it’s one of my favourite of all time and I even own copies of all three books. I really fell in love with the writing style and dark stories and humour, I would definitely like to take this chance to recommend this series to all book lovers with a twisted sense of humour.

This is especially good for young readers who have a weird sense of humour because there is violence and gruesome scenes that might be too mature for some readers but there’s also enough things inside that it still feels like it’s a story for relatively young kids. I first read this when I was about thirteen and I loved it right away, so read at your own risk (but it’s still 100% worth it in my opinion).