Paige Wheeler is just like every other teenage girl her age, except for one thing. Paige is dead. After falling off her school’s roof she ends up as a ghost stuck in the school. Forced to only be with the ghosts of two other students who also died in school, Paige has to watch everyone move on as she struggles to accept her death. But a rumour that she purposefully jumped is enough to make her do everything she can to prove she didn’t end her own life, even if that means interfering with the living. 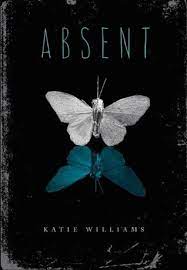 I give this book three stars (out of five). I think this book was very well written and thought out. Although I dislike it when the main character of a book makes questionable decisions this book clearly shows the character development and reasoning behind those decisions. Sixteen year old Paige Wheeler is a typical teenage girl, except for the fact that she’s dead.

After a freak accident or rumored suicide Paige finds herself trapped inside her high school as a ghost, with only a few other people who’ve also died in the school. Brooke Lee, a hot girl who died of an overdose in the girls bathroom and Evan. At first Paige retains that she doesn’t care what anyone thinks of her, but as everyone starts to think she committed suicide Paige rushes to try and clear things up as fast as she can, the only problem is that as a ghost she can’t change anything, or at least that’s what Paige thought. Paige later learns that she can temporarily inhabit living people’s bodies when they think of you and tries to set the record straight.

Only to realize in the end that the rumors were true, she did jump off the school’s roof but not by her own accord. Brooke had inhabited her and made her jump accidentally, when that wasn’t what Paige would’ve done otherwise.

In the end, Paige finally accepts her death and stops trying to interfere with the living, together all three of them (Broke, Evan and Paige, who have all become friends) enter a life port, starting a new life and living once again.

I really liked the ending but I didn’t really like the middle of it because Paige went to drastic lengths to try and prove she didn’t jump, but along the way she actually did help some people, so I guess it’s still okay. It kind of is a moral dilemma, how far would you go to prove to your friends and family that you didn’t commit suicide?