Sasha and Xavier are best friends, but there might just be something more between them, at least that’s what Sasha wants. But Xavier gets back with his ex Ivy and Sasha does what she can to protect him. She tries to catfish Ivy on Instagram, but quickly finds she’s not the only one who can pretend. In this story of murder, road trips and unspoken friendships nothing goes according to plan. 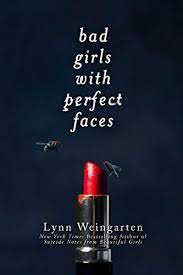 I give this book three stars (out of five). There are many, many twists in this story, so be prepared to if you decide to read this. The story follows two best friends Sasha and Xavier and it also shows both of their perspectives. Sasha likes Xavier as more than a friend but Xavier has a messy on and off relationship with this other girl named Ivy.

[In this summary I explained everything in the order that it happened not in the order in which things are revealed to the reader, which could make it a little confusing. Also slight spoiler warning, skip to the last paragraph to avoid them]

Xavier and Ivy break up, then get back together again. Sasha is jealous and tries to “protect” him by catfishing Ivy on Instagram. This is where it gets really complicated. So, Sasha thinks it’s Ivy replying to the messages but really it’s her best friend Gwen. When Gwen and Sasha make plans to meet up Ivy finds out and texts him/Sasha to meet somewhere else. Sasha goes there only to be confronted by Ivy who pretends to know it was her all along even though she was never even the one messaging with her.

After Sasha leaves the meeting spot Gwen who saw the messages with the new meeting place went there and took out all her rage on Ivy. What I mean by this is Gwen literally just killed Ivy. But a very important detail about that is that she put blue hairs on Ivy’s hands because Xavier’s hair is blue, making it look like while being strangled she was grabbing on Xavier’s hair. And before the meet up with Sasha, Ivy stood up Xavier for a date, something she used to do often.

Except this time Xavier isn’t sad about it. He’s ready to break up with her and move on but that night he took drugs and couldn’t remember where he was. A while after Sasha met up with Ivy she was worried because Ivy got an incriminating photo of her, so she went back to try and delete the photo. But she found Ivy dead, Sasha thinks (after talking to Xavier and finding out he doesn’t remember what he was doing) that Xavier killed Ivy out of anger.

So, to protect him Sasha makes a plan to hide the body and trick everyone into thinking Ivy is still alive. She takes Ivy’s phone and keeps updating and posting on her social media, and she plans to go on a road trip across the country to hide the body in the Everglades. But when she’s about to leave Xavier shows up and insists he comes along, she eventually lets him and they leave together. But Sasha keeps posting on Ivy’s Instagram so that it looks like she’s alive (even responding to some texts and stuff) but Gwen knows that Ivy is dead so she’s really confused and decides to follow the trail.

When they finally get there Sasha sneaks away and slips Ivy’s body in a deep river, then they both start making their way back the way they came. They stay in a motel on the way back, but Gwen meets them there and they have an awkward meet up where Sasha realizes that Gwen actually killed Ivy and she wants to call the cops on her but she can’t because she’s the one that disposed of the body. They’re technically all in this together. So they stop talking to each other, stop being close friends and share this secret. When the body is discovered, Gwen comes forward with the texts between Sasha and Ivy (screenshotted and Sasha under some random name) and blames the guy but Sasha already deleted the account. In the end, the three of them aren’t friends, they don’t talk anymore and they all take their different paths in life (but they never get caught).