The magician Ray and his best friend Bunny get separated and have to try and find each other again. 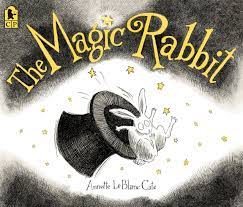 I give this book 2.5 stars (out of five). I think this is a good kids’ book, it’s about a magician named Ray and his best friend and roommate Bunny who’s Ray’s assistant. But one day while performing Bunny falls and gets lost, for an entire day Ray and Bunny can’t find each other. Until late that night when Bunny finds a path of popcorn, his favourite food, and follows that until it eventually leads him to Ray.

This book has great illustrations and cute characters. I just realised that it’s kind of a bad example of what to do when you get lost because Bunny runs around looking for Ray, instead of staying where he was. So, that might be the only bad thing about this children’s book.